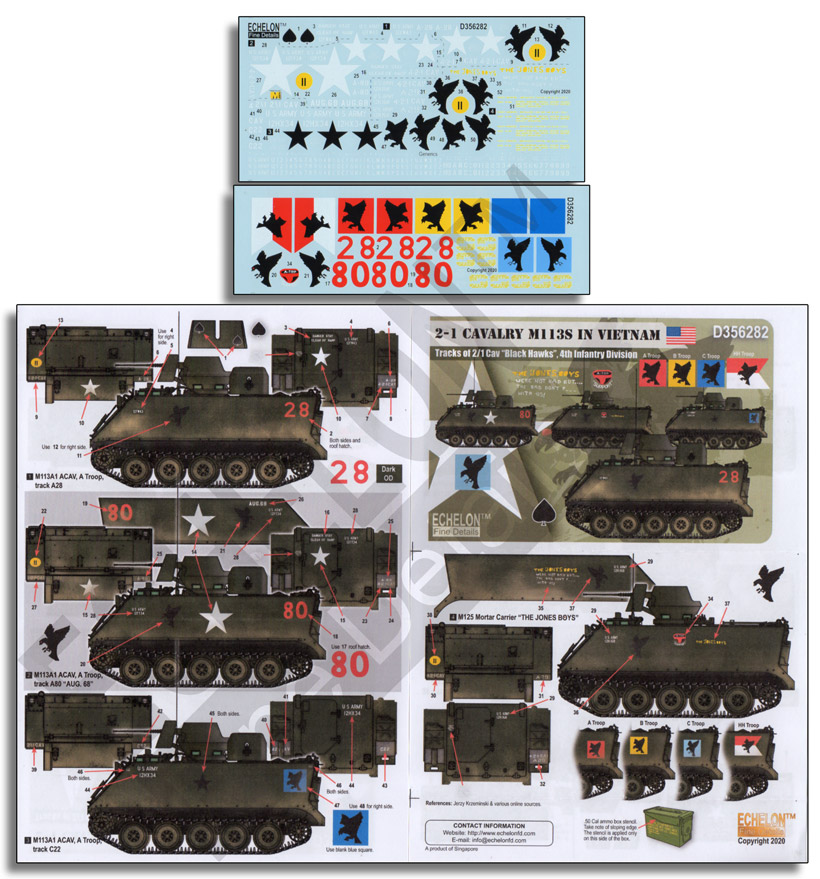 D356282
2-1 Cav M113s in Vietnam
This 4th Infantry Division cavalry unit fielded standard ACAV M113s fitted with late style cupolas. 2-1 Cavalry, also known as "Black Hawks", had their tracks marked with a large black silhouette of a bird on both sides of the M113s. The same marking came be found on their M48s. Unit's early tracks used colored numbers: red for A troops; yellow for B troops; and C used blue. Later, they switched to a different format, using black bird silhouettes on colored squares (same colors to represent each troop. HHT tracks had theirs painted with black hawk on red and white guidon. There is also a M125 on this set, named "The Jones Brothers" with personalised markings on both sides of the hull. Two variants of the black hawk silhouette were found, both are featured on this set. Also included are alphanumeric generics for registration numbers and bumper codes, so that you can customize for any 2-1 track you wish.