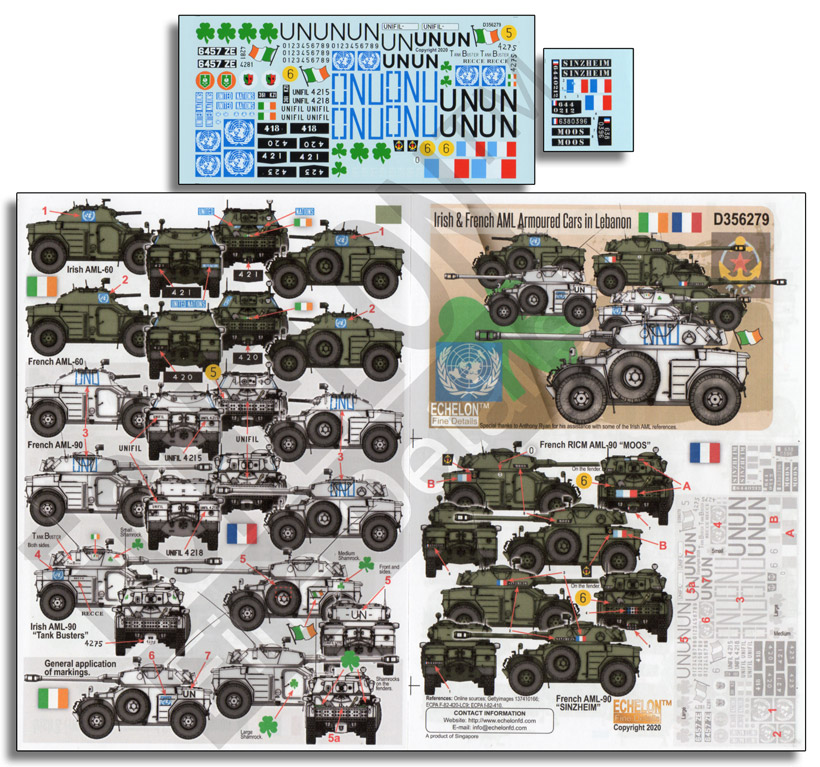 D356279
Irish & French AML Armoured Cars in Cyprus & Lebanon
Early Irish AML 60s that operated in Cyprus were in overall dark green tone, emblazoned with large UN logos. Both Irish and French operated AML armoured cars during their UN operation in Lebanon. Irish AML-90s were mostly painted overall white with "UN" markings visible on many sides. Most had the ubiquous Shamrock (green clovers) on the vehicles, available in a number of sizes. A number of French armoured cars, AML-60 & AML 90, were seen in overall white, with the larger blue "ONU" stencils painted on both sides of the vehicles while fitted with UNIFIL registration plates. The rest were seen in plain dark green, with prominent National flags placed all over the vehicles. These were also given names. (Thanks to Glen Phelan for correcting mistaken identity of some of the armoured cars)