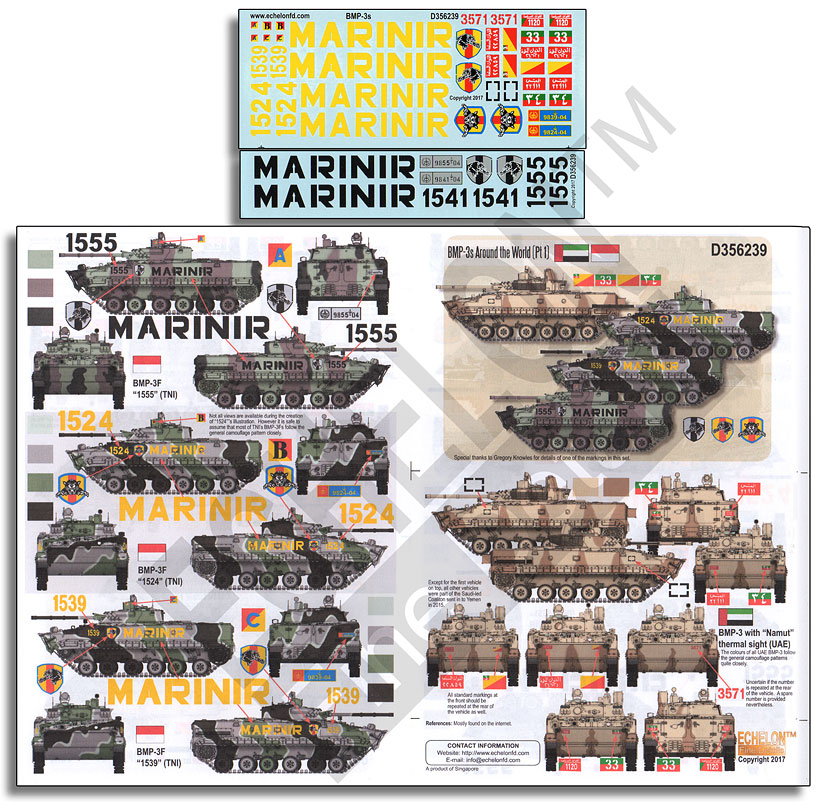 D356239
BMP-3s Around the World (Part 1)
A very colourful set covering the BMP-3s operated by two nations' army: UAE & Indonesia. The UAE part offers markings of several vehicles that participated as part of the Saudi Arabian Coalition sent into Yemen (2015). The Indonesian part offers 3 sets of markings (all distinctly different and the details of the markings captured from the best image sources that could be found). While the "MARINIR" markings were known to be bold and very large, not many know that a number of styles have been used over the years. It would be very difficult to cover all of the different font styles in one set, so only 3 versions were chosen because there were enough images of them to determine the complete set of markings for each of the 3 vehicles..