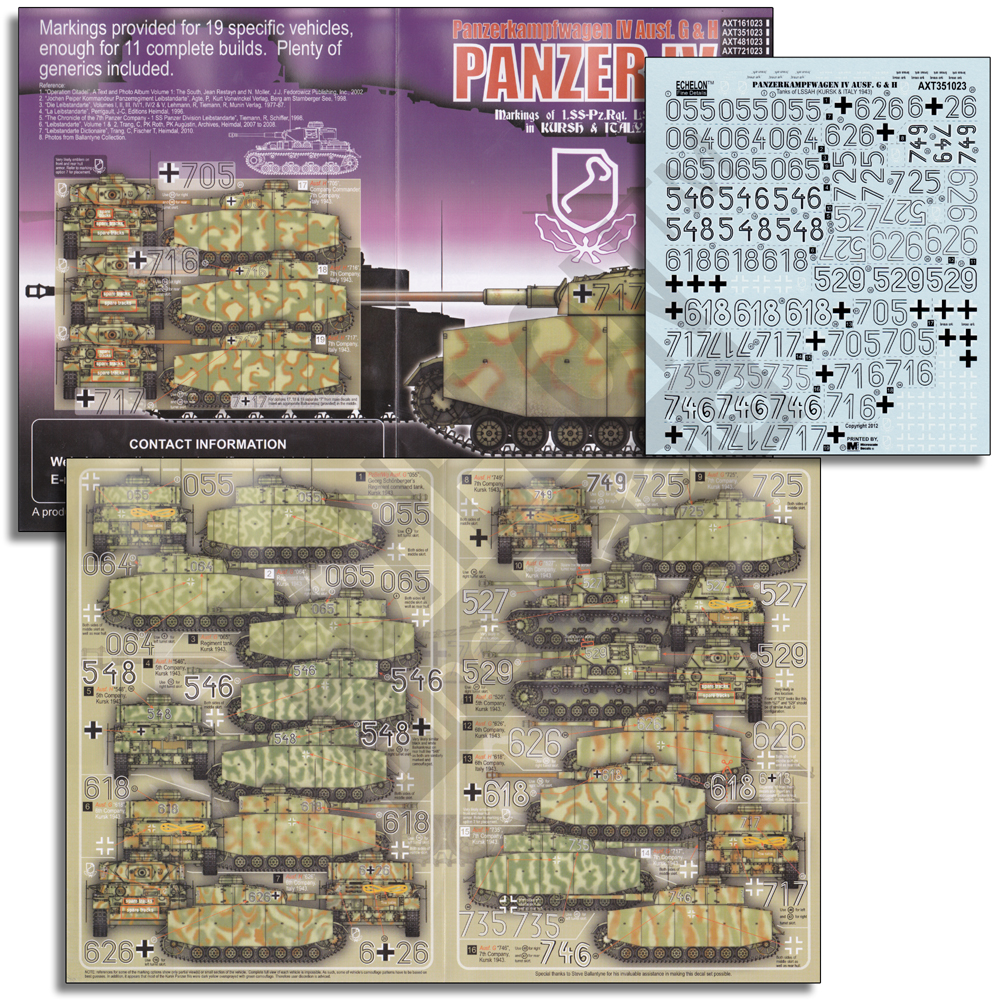 AXT351023
LSSAH Panzer IV Ausf Gs & Hs in Kursk & Italy
The third installment of LAH Panzer IVs, as seen at Kursk and Italy. A mix of Ausf. G and H variants in colorful 3-tone camouflages as well as the standard 2-tones often seen at Kursk.
The turret numbers featured here are of primarily three outlined kinds: white over black, black over white and just black outlines. On the real tanks, the numbers were painted using standard stencils as well as a those which were painted using ad-hoc stencils or hand-painted on the battlefield.
Each set of numbers are carefully replicated, with varying widths of white and black outlines. Most of the outlines are very thin (trickly to print).