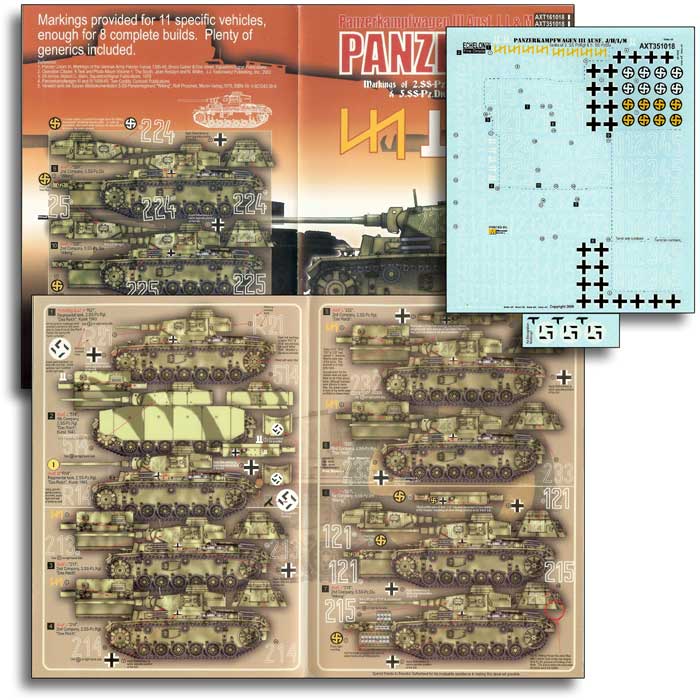 AXT351018
Das Reich & Wiking Panzer III Ausf J/L/Ms
The set covers two prime users of Panzer III tanks during their ost front campaign: Das Reich and Wiking. The markings for the Das Reich portion covers a wider range of models ranging from PzBwg Ausf. H, L and Ms. Of the L models, one guntank "233" features a personal name, "Ernst Stammler" (in Gothic font) above the turret number . Among the DR tanks, several were of the Kursk period, featuring the yellow Kursk-period marking as well as aerial recognition markings on top of the rear bin, instead of the commonly used flags. Also included are the strictly-DR generic alphanumerics allowing the markings of regimental and company level command tanks ("R"s and "C"s).
The Wiking tanks featured in this set covers specifically 4 Ausf. J vehicles. However, the Wiking-styled generics (also provided) would allow other variants to be covered as well. These included digits from "1" to "5". One interesting observation is that the numbers on the rear bin is narrower as compared to those on the turret sides.