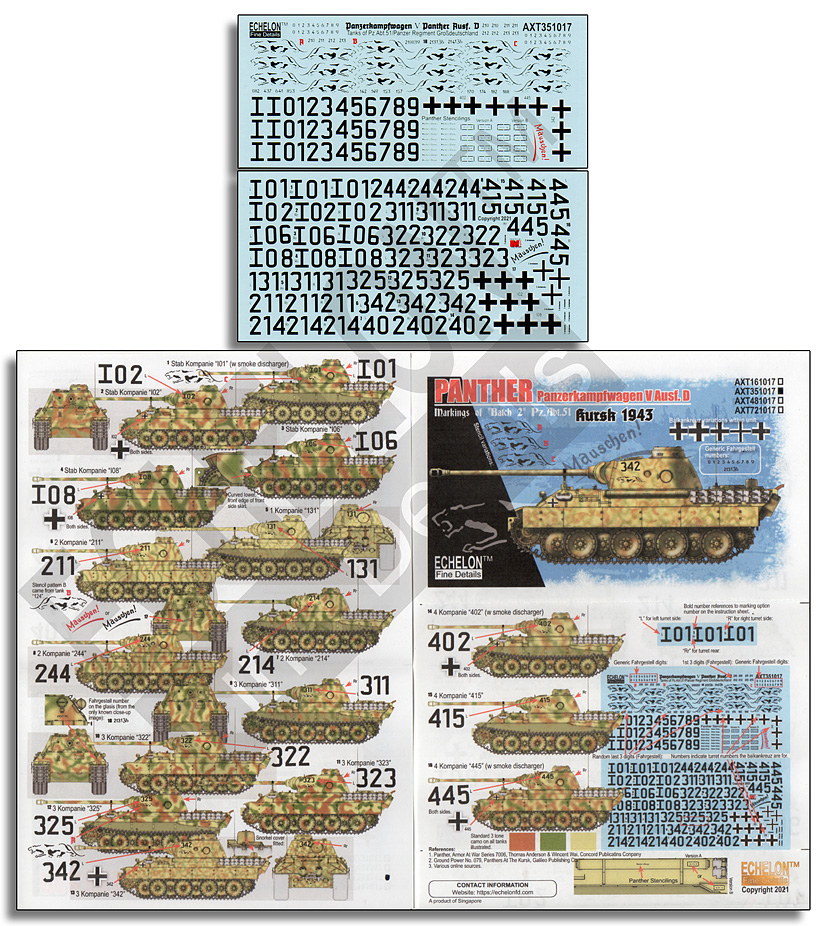 AXT351017
"Batch 2" Pz.Abt.51 Panther Ds Kursk 1943
The second installment of Kursk Panther Ds. A selection of 17 specific vehicles, including several Stab tanks and one with personalised name on the front. There should be 3 sets of numbers per tank: left; right; and rear. Not many references show the turret rear of these Panthers, which led the early belief that turret rear do not have numbers. Recent references ran contrary to that belief, cementing the existence of rear numbers. Close scrutiny of the unit emblem, the "prowling panther", revealed slight variations in the stencil across a few turrets. A total of 3 are included in this set. Also an interesting note was the fact that not all of "Batch 2" Panthers had smoke dischargers fitted. Not all had balkenkreuz painted on the hulls, and there were several variations of the crosses. There were also digit variations, some slight, some obvious, particularly "4". The rather peculiar styling of "3" also faithfully captured. Fahrgestell serials are also included along with other standard Panther stencilings. Lastly, the camouflage patterns are not standardised across these Panthers - some having thicker camo colours.