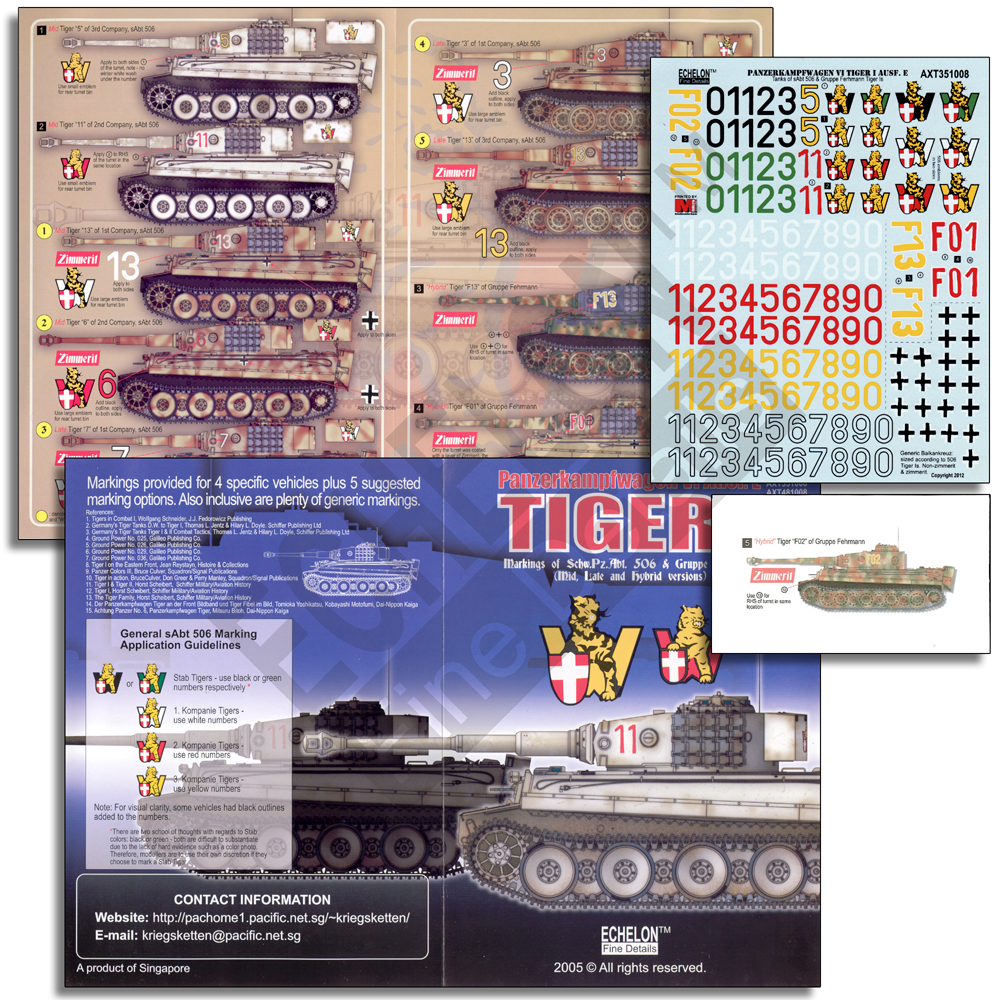 AXT351008
Schwere Panzerabteilung 506 & Gruppe Fehrmann Tiger Is
The 506 emblem did come in two distinct designs, not to mention two sizes as well! From the chronology of photographed 506 Tigers in various production types, it is almost certain that the smaller one was used first (found on Earlys and Mids-early, non-zimmerited), later replaced by the larger one (found on the Mids-later, with zimmerit and Late Production types).
All of the company colors are provided, Stab (black or green - debatable), White for 1st, Red for 2nd and Yellow for 3rd Companies. The 506 numbers have a unique and distinct pattern, not like the irregular hand-painted ones. The only practical way of achieving "standardised" styles and sizes across every vehicle is through a set of stencils.
Also provided are black outlined numbers to be used with the solid types - as some of numbers did come with black outlines.
The second part of the sheet covers two Gruppe Fehrmann Tiger Is - probably the two most covered vehicles in a number of references. Both are "hybrids", meaning Early Tiger Is (Feifel equipments removed) with steel wheels and chevron tracks. Being part of a motley groups of Tigers, both sport very different camouflages, and different inner shades to the turret numbers! The outlines and inner colors are separated just in case modellers don't agree with the latter and prefer to paint in their prefered inner shade.
(Added in 2008 reprint: third Fehrmann Tiger, also a hybrid)