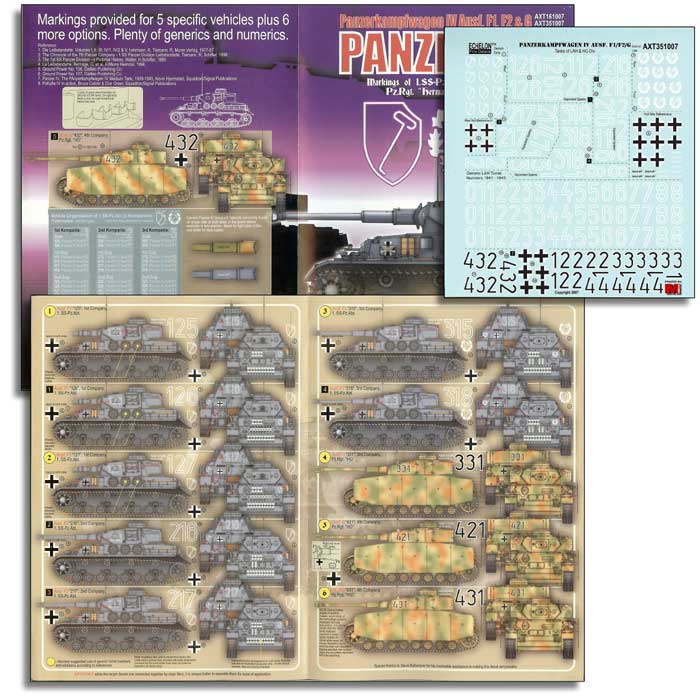 AXT351007
LAH Panzer IV (Ausf F1 & F2s) & HG Panzer IV Ausf Gs
Illustrating the LAH Panzer IV Ausf. F1s and F2s as they were stationed in France. Complete marking set featuring two different Dietrich emblems used, one before they were awarded with oak leaves, and the other with the oak leaf details. Both accurately captured. Not only that, the rear and front emblems were slightly different in size (carefully measured against plans). The full set of numbers comes in close-ended versions as well as open-ended ones. The digit "8" is the most unique of the lot with full circled outline at the bottom part (as seen on "318"). The "8" also comes with regular white outlined version without the full encirclement.
The second part of the set features the style of numbers used by the Pz.Rgt. "HG" when they were in Italy. The Ausf. Gs were the heavily skirted types and painted in tri-color camouflage.