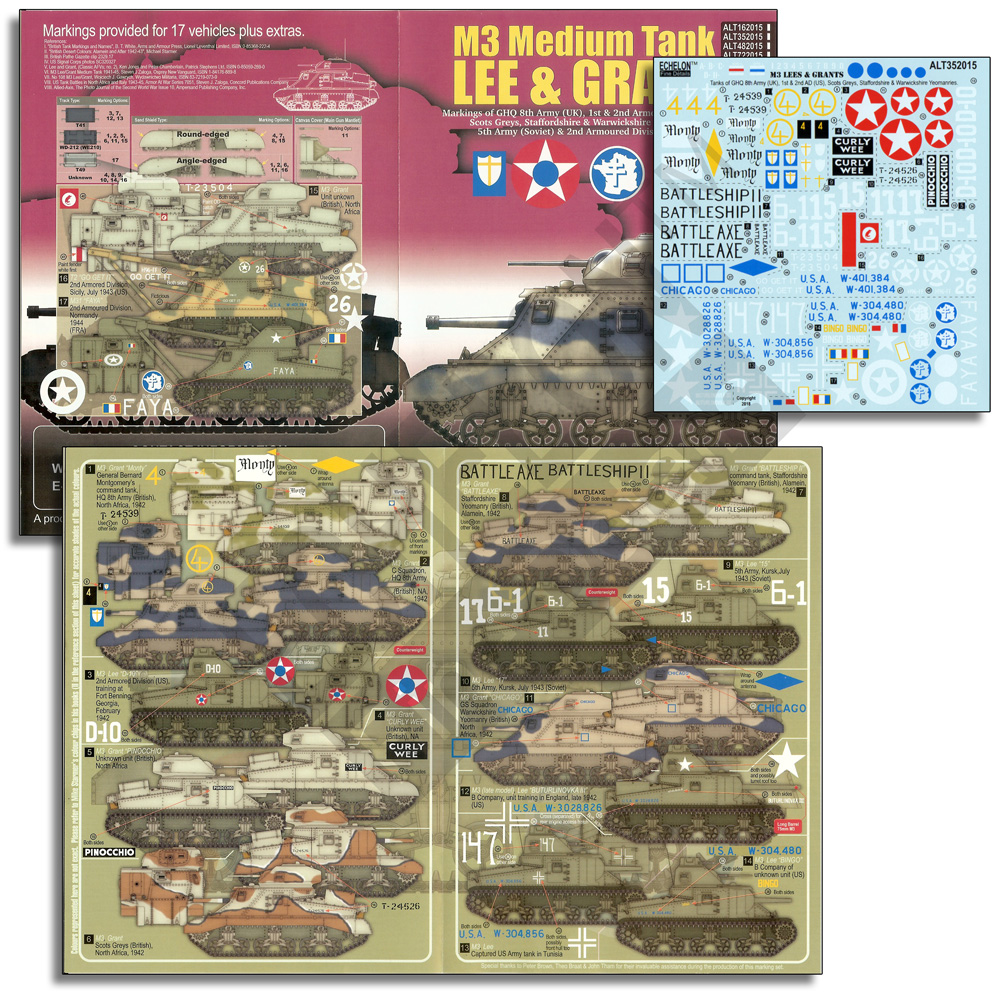 ALT352015
Lees & Grants (North Africa & Europe)
One of Montgomery's tank, the more interestly marked and colourful of the two, "Monty", is covered in this set, along with another HQ 8th Army Grant.
Next comes the 2nd AD (US) Lee, in reverse colored air-force circle and stars, with prominent turret alpha-numerics, as seen during training at Fort Benning.
Out of the ordinary and slightly rare is a Lee in British camouflage and markings, "BATTLESHIP II". This is a command tank fitted with two antennas in odd locations.
To add variety to this set, two Soviet, two US, and German-captured (which can be in pre-captured status) Lees are included.
Apart from gun tanks, modellers are treated to two recovery tanks based on the M3 chassis. One, a T2 (US) in Sicily, the other a M31 (French) in Normandy.