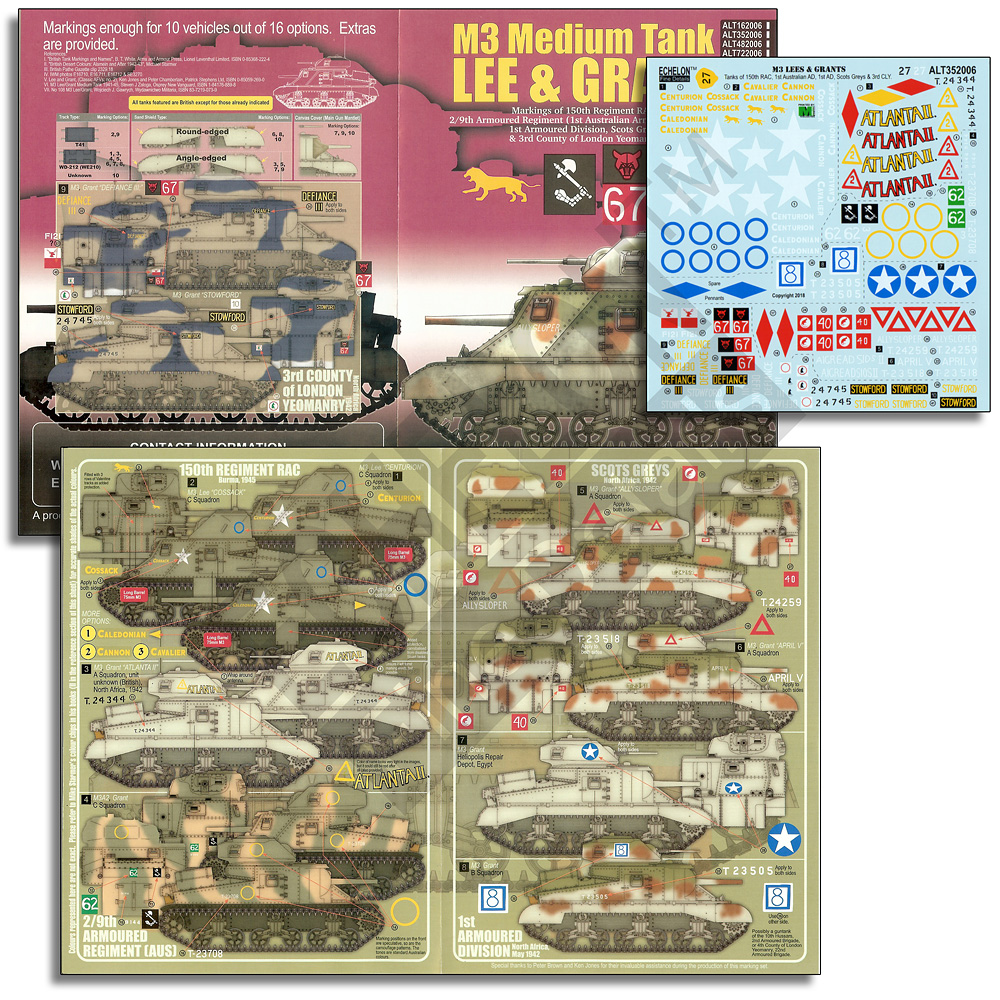 ALT352006
Lees & Grants (Burma & North Africa)
Starting off with the British Lees in Burma, covering five known names in total. These long-barreled Lees belonged to the 150th Regiment RAC, which were reinforced with cannibalised M3 Stuart parts and Valentine tracks.
Next comes the ellusive "Atlanta II", whose marking colours are questionable due to its unknown unit identity. Red or yellow, you make the call. The details of the tank name has been fully captured.
The Scots Greys were active in North Africa. "April V" and "Allysloper" were two of their Grants, along with "Aigreadsios II" (Airgeadsios mispelt, incomplete marking). All were named after famous race horses of that time period (thanks to Ken Jones for his splendid research effort!)
The remaining options are Aussie's 2/9th Regiment Grant, an M3A2 chassis with interesting Australian army camouflage, 1st AD (UK) Grant with the famous blue-squared "8" (complete with WDN), and 3rd CLY's uniquely-marked pair of Grants ("Defiance III" and "Stowford"). Ken Jones aptly called "Defiance III" a "moving billboard" as it was painted with sorts of markings on its front fenders.